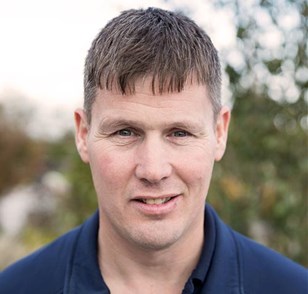 I served in the Royal Artillery for 29 years. I joined in 1988 and did postings in Germany, Yorkshire, Wiltshire and Colchester. I also completed operational tours in Northern Ireland, Iraq, Afghanistan, Bosnia, Cyrus and all over really. There’s not many places I haven’t been. In 2012, I joined the Army Recovery Capability (ARC).

Whilst working at the ARC, I would support wounded servicemen and women up until three months post discharge, but sometimes they would ask for my support two years later and I couldn’t help anymore. By joining Blesma, I got to see their journey continue and help them with the life-long support the charity offers.

Darren enlisted into the Parachute Regiment in 1994 and served for 20 years. It was during his time in Afghanistan in 2008 that he was injured and lost his lower right arm, thus becoming a Blesma Member himself.  Afterwards he worked as a Community Fundraiser for the Royal British Legion, but rather than just raising the money to support veterans he wanted a more direct role involved in helping others.

Darren recently helped raise Blesma’s profile in the national press, having become to first veteran to be supplied with a 3D printed Bionic arm. His appearance on Good Morning Britain and Sky news, complete with Blesma T-shirt, put the charity even further into the public eye.

Have a question or need advice?

Here and on hand to help provide advice and support; practical, emotional or financial.

Back to Support Officers