Life after traumatic injury can be challenging.

Blesma is here to help

Blesma is committed to helping its Members live independent and fulfilling lives after losing limbs, the use of limbs, sight, speech or hearing. By donating you will be making a difference to those still impacted by the war.

We are the only national Service charity that supports limbless veterans for life, offering financial and emotional support to them and their families.

Rehabilitation, advocacy, counselling and care are the foundations of what we do. Just as we are still caring for our Falklands War veterans, we also look after younger generations who have survived complex trauma injury in recent conflicts. 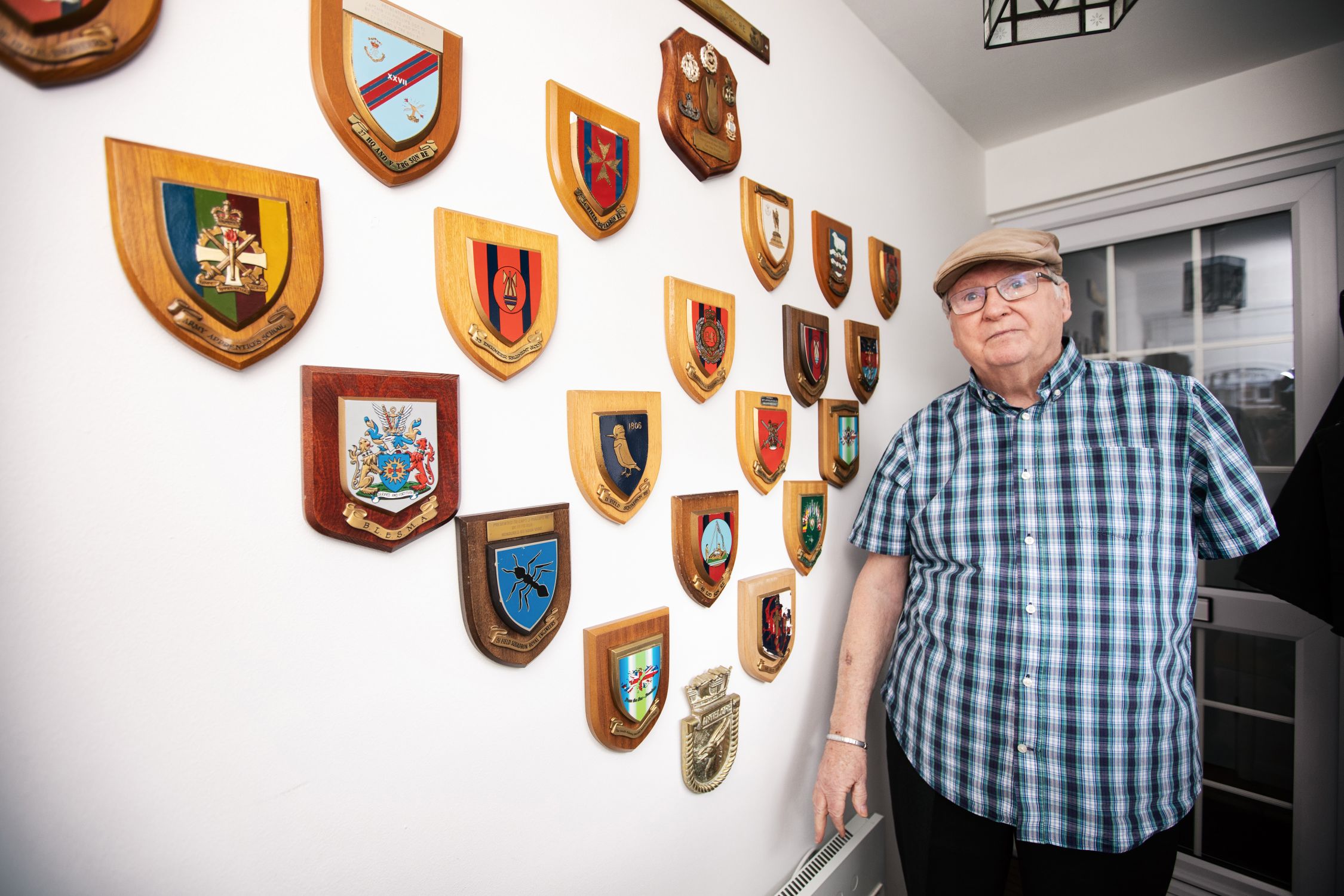 “The bomb exploded, taking my left arm off at the shoulder”

John Phillips was a Bomb Disposal Officer in the Falklands when a bomb he was defusing on HMS Antelope exploded, severing his left arm and killing his comrade Staff Sergeant Jim Prescott.

Read More
GIVE ONCE MONTHLY

Choose an amount to give

There are many ways your payment will make a difference. Click here for details.

Choose an amount to give

We really appreciate your offer to help, however we can’t currently take one-off donations via Safari. These work via Chrome, Firefox or Microsoft Edge, or you could consider a regular donation.

“In the Falklands I was part of a two man bomb disposal team whose job was to make safe any unexploded bombs.

The Argentine pilots were brave and skilled – they had to approach at sea level and pick their targets instantly. But because they came in low their bombs had little time to arm before hitting their targets, so many of them didn’t detonate.

“Jim and I were tasked with making safe a bomb on HMS Argonaut, which we did and the next day the same on HMS Antelope. It was this one that exploded.”

“As we approached the ship we could see a hole in the side. The ship had been hit twice and we decided to tackle the bomb in the refrigeration unit first. After the third or fourth time of trying to extract the fuse the bomb exploded, killing Jim and taking my left arm off at the shoulder.

“Jim was standing right next to me and we had enough time to look each other in the eye. That was the last time I saw Jim alive. When the blast hit us there was a whooshing sound, like two trains passing at high speed, and I was flung through the air. In my mind, it was in slow motion, and I thought I had died because I was floating through the air with no pain.

I remember thinking: ‘If this is death, it isn’t so bad.’ Then I hit a metal wall which very quickly brought me back to my senses!

“I now know Jim and I were both hit by one of the hatchway doors being blown off. It killed Jim instantly and severed my left arm. I could see my arm flailing around out of control and I started to check myself for other injuries, thinking I must have broken some bones.

Then I started to try to look for Jim through all the fire and smoke. That was when one of the crew put his hand on my shoulder told me that Jim was dead and said to follow him. Just as bluntly as that. I put my hand on his shoulder and followed him to the escape hatch.”

Donate now to make a difference and support more veterans like John.

The Falklands War in numbers...

Celebrate your life with a gift to Blesma by remembering us in your will.

Fundraise for Blesma and your efforts will help the lives of our limbless veterans.