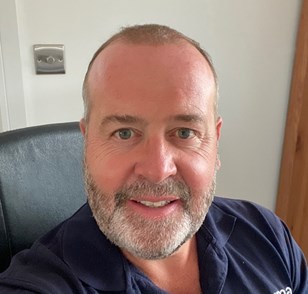 Steve served in the Royal Green Jackets for four years before sustaining a leg and knee injury that subsequently resulted in losing his left leg, above the knee. He was discharged from the British Army in 1986.

After leaving the service, Steve developed a career in business including Chief Executive at Hyde Housing and senior roles at T Mobile, The Law Society and University of Southampton.

In September 2011, Steve joined Blesma, where three years later he was part of the Association’s four-man team that became the first all-amputee group to swim the English Channel. The four military veterans completed the swim in 12 hours and 14 minutes, raising around £4,000 for the charity.

Steve now focuses his energies on supporting charities and organisations that are close to his heart and in addition to his role at Blesma, he is Chairman of Moat, a large South East based housing association and is also a Board Member at Habinteg, a disability focused housing provider.

Steve remains active and is still an avid open-water swimmer.